Annual meetings, directly followed by the Regular Board meetings of the City of Albany IDA & CRC will be held on Thursday, January 19th, at 12:15 p.m. at 21 Lodge St., Albany, NY, 12207, in the 2nd floor conference room. The meetings will be live-streamed on the CAIDA YouTube channel.

While the City of Albany Industrial Development Agency and Capital Resource Corporation serve a similar general purpose, each entity is governed by different State legislation and organizational by-laws.  The Industrial Development Agency is an independent public benefit corporation established by a special act of the New York State Legislature at the request of the City of Albany – the sponsoring municipality.  The Capital Resource Corporation is a not-for-profit local development corporation formed under the Not-For-Profit Corporation Law of the State of New York. 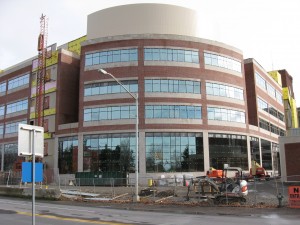 Each organization offers certain financial benefits such as tax-exempt and taxable bond financing, sales and use tax exemptions, mortgage recording tax exemptions, and real property tax abatements in order to further their missions.  The primary difference between the two entities is that the Capital Resource Corporation focuses on providing assistance to not-for-profit civic facility projects.  Prior to 2008, the Industrial Development Agency issued tax exempt bonds for such projects, but the Agency’s ability to do so ended when State legislation governing this lapsed. Both the City of Albany Industrial Development Agency and Capital Resource Corporation are each governed by a seven member Board of Directors.  Members are appointed by the City Common Council and must be residents of the City of Albany.  Whenever possible, each Board member is selected based upon having a general background or expertise in industry, business, economic development, urban planning or banking as well as possess a commitment to the revitalization of the City.